This article was originally published by The Age.

Hiring secrets and sins – how to avoid nightmare employees

Your first mistake is thinking you’re a good judge of characters.

Small business owners play the role of multiple department managers – including human resources. They also handle complaints if their new recruit (who seemed so charming at the interview) unveils an alternate persona. Experts reveal red flags and recruitment tricks: 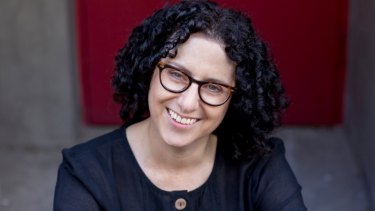 Michelle Pizer, an organisational psychologist, says “don’t forget to find out how they treated your staff coming in”.

Don’t assume an applicant who is “just like you” is a good thing.

“If you see similarities and that you have things in common, remember this – diverse teams make better decisions,” Pizer says.

“Rule them out with gut instinct, but use a more structured, considered approach, ensuring they have the skills, values and attitudes you are looking for to rule them in.

“Job interviews are not the best way to assess a candidate. It’s known that we have a confirmation bias. One study found that we make our minds up about a candidate in the first 10 seconds and then seek to confirm our assessment the rest of the time.”

Loose lips sink ships
“Don’t forget to find out how they treated your staff coming in,” Pizer says.

“Check social media too – anything you’d not want associated with your business?”

Be wary of those spruiking secret recipes or sales strategies.

Job interviews are not the best way to assess a candidate. Michelle Pizer

“You don’t want someone who is indiscrete, because how can you trust that they won’t be indiscrete about your business?” Pizer says.

Don’t be afraid to go off-topic.
“You can ask: ‘when was the last time you did something nice for someone, and what was it?'” Pizer says.

“If you’re looking for a team player and someone with a generous spirit, this can be revealing.

“I once asked someone if they were given $10,000 to spend in a day, what would they do with it? Gives you some insight into their values,” she says.

Past behaviour the best predictor of future behaviour
Use reference checks to assess, rather than confirm.

Simon Brown-Greaves, organisational psychologist from FBG Group, says “the value of an interview is not as high as a good series of reference checks”.

Don’t go too easy on a new employee during the probation period or you won’t see how they respond under normal pressure.

“As long as the ‘challenge’ is relevant and appropriate,” Brown-Greaves adds.

He says utilising the legal probation period is important “as it is hard to ‘fake it’ for any such period”.

Interviews should always include questions about past behaviour, Brown-Greaves says.

“For example, ‘can you describe to me three examples of’ or ‘when you dealt with x how did you go about it?'”

Red flags include “significant unexplained gaps in their CV”, tardiness or inappropriate attire.

“Lapses in judgment on such issues are rarely one-offs,” he says.

“Some candidates think they’ll stand out by submitting a YouTube video or article about their expertise, rather than a CV,” says Tim James, managing director of Hays in Victoria.

“However, a written CV still contains all the information an employer wants and expects to see in order to create their shortlist.”

“A candidate might add between two to 10 thousand dollars in the hopes of receiving a bigger salary increase when they change jobs,” James says.

“That’s why consulting a current salary guide is important for any hiring manager so that it doesn’t impact the salary offer they ultimately receive.

“It is also advisable to check all details in a CV against any professional online profiles to ensure they are aligned – if not, this too raises red flags.”

Hiring out of desperation
Emily Manley, HR specialist with HR Central, says “hiring quickly often leads to hiring mistakes – and these are very expensive to clean up”.

Staff turnover also has an impact on the morale of remaining employees and your business’ employment brand, she says.
Not looking within your existing team
“Promoting from within, even if it requires some investment in training/development, is a very smart and cost-effective recruiting strategy,” Manley says.
Not focusing on soft skills
Manley says “technical skills can be taught, attitude cannot”.
“Time and again we see employers being too rigid with the technical requirements of a position,” she says.

“Technical skills are important, but attitude and behaviours are true indicators of success.”

Relying on one assessment method
“Many businesses do not have enough rigour in their selection processes,” Manley says.

She says judging a candidate based solely on interview performance, intuition/gut or their CV can lead to misguided decision-making.

“Using a combination of techniques will allow you to thoroughly assess the candidate and will result in a better selection decision.”