This article was originally published by “Executive Style”
By Sylvia Pennington

How important is the Christmas party in your office? 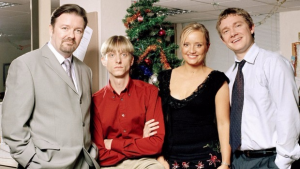 Office Christmas parties can be a chance to look back at the year. CREDIT: Supplied

With the silly season in full swing, staff at workplaces around the country are getting ready to enjoy – or endure – the annual office Christmas party.

So is a good end-of-year bash important for workplace morale? And can a lousy one leave a bad taste that lasts long after the tinsel’s been taken down?

A time to reward

Yes, according to Charlie Wood, who heads a team of 50 at Dropbox in Sydney. The firm prides itself on its perks, such as free breakfast and lunch, and is happy to treat staff to a slap-up do, with all the trimmings. 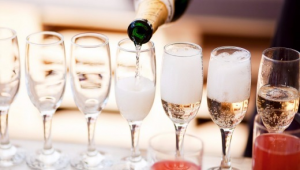 Does your office celebrate Champagne? Or just some cask wine. CREDIT: iStock

“It’s a great time to get together as a group and reflect on what we’ve achieved in the year and celebrate everyone’s successes and just generally have a good time,” Wood says.

“It’s not in our DNA to penny pinch on things like staff morale and events,” he says. 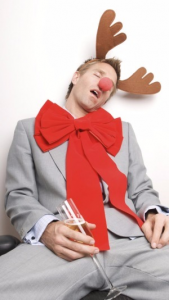 Don’t be that guy who ruins it for everyone else. CREDIT: iStock

Let your hair down

“It’s a big deal for us,” she says. “I love the year-end party and I love it as a way to reflect on the year and spend some great quality time with the team.

“We find people start talking about it, probably from October onwards – they know when it’s likely to be and they’ve got it in their calendars and they’re in town for it.”

Dress-ups, drinks, dancing and great food are the norm – all on the company, Maury says.

“This is part of rewarding our staff; we want to make sure that we recognise them for the hard work they put in…so, for us, this is one way to make them feel special and one way we can make sure they have a great time.”

Being a Scrooge isn’t smart

The end-of-year celebration has an entrenched position in workplace culture and companies that look to save money by scrimping or not staging a party at all are likely to find it a false economy, people management specialist Karen Gately believes.

“It matters and the reason it matters is it’s a great opportunity for employers to send a message around respect and appreciation,” Gately says.

“Sharing in the rewards and the upside, reinforcing the need to stop at the end of the year and reflect on where we’ve been and what we’ve achieved and the contributions of the team.

“If you don’t provide a Christmas party, a lot of people actually see that as stingy, almost poor form or not polite… Everybody asks – this time of year you start to hear people say, ‘what are you guys doing for Christmas?’

“[A party] is a baseline expectation which can have massive upside. People aren’t going to go, ‘yay, brownie points for you’, but if you don’t do it, they’re going to be pretty annoyed.”

Investing in your staff

Asking staff to pay their own way can generate more bad feeling than the cost savings warrant, Gately believes.

“It’s up there with choosing not to buy biscuits for the staff room anymore,” she says.

“If you can’t afford to put on the type of event that requires a significant amount of money per head then choose a theme you can afford. There’s plenty of ways which you can celebrate without it being hugely costly.”

A little can go a long way

That’s the plan at software vendor Zerto, which is planning ‘relatively low budget’ parties for staff, customers and partners in Sydney and Melbourne, according to country manager Matt Kates.

“We’re still an early stage start-up so we don’t have the resources to throw an enormous Christmas party with fireworks and champagne fountains,” he says.

Ensuring all staff, not just the ‘in-crowd’, feel relaxed and comfortable is as important to the success of the end-of-year party as the menu and drinks budget, organisational psychologist Michelle Pizer says.

Picking a venue or theme that suits the organisation’s dominant demographic helps. A structured activity or game may put people at their ease and encourage introverts to mingle, Pizer says, but fancy dress should be approached with caution.

“Some people hate that – we’re not children,” she says.

Having someone senior take the floor to thank the assembled team can strike the right note.

“When a CEO gets up and speaks about what’s gone well and the plans for the next year, I find that really motivating,” Pizer says.

Senior staff should also set boundaries to ensure the event doesn’t degenerate into alcohol- fuelled debauchery or trigger a run of complaints next morning, Gately adds.

“They [should] say ‘guys, let’s have a wonderful time, let’s really enjoy ourselves but here’s the no-go zone’,” she says.

“‘Do not get drunk. Do not behave in ways unbecoming to this organisation’s professional reputation’.”