This article was originally published by Journal Gazette. 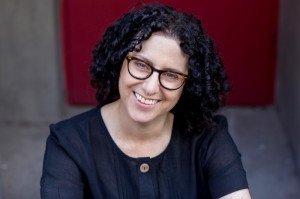 Everyone wants the opportunity to grow and to contribute.

When leaders allow it, they contribute to one of the most important workplace elements – dignity.

Farkouh’s daily email podcasts of interviews with dozens of leaders began Feb. 6 and continue through March 2. The 25-minute interviews address various topics, but many are geared toward helping leaders make positive changes in their organizations.

Farkouh, who is based in the San Jose, California, area, is a founder of CultureWork, which focuses on nonprofit organizational management.

Her Visionary Leaders Summit is similar to one that Pizer has hosted and that I’ve previously written about, Crack the Leadership Code.

Team members who aren’t allowed to maintain dignity often suffer reduced well being and motivation for their work, Pizer, who is based in Australia, said during the interview. They can also become more problematic in their interactions with others.

Leaders have to look for opportunities to support.

“Every interaction is an opportunity to preserve or deny someone’s dignity,” Pizer said.

One positive approach leaders can use – regardless of the organization type – is to ask individuals who are on the team or a new hire where they “want to go.” Knowing people’s interests and goals is welcoming. It gives hope. It’s a great motivator.

Leaders also have to be prepared to not just talk about the aspiration but to show individuals how to achieve them. You may have to get creative to develop a realistic plan.

If an individual has limitations, however, it’s important to be honest, Pizer said. You simply need to be sensitive when providing feedback.

A leader’s job is not just to get the work done but also to grow and develop people.

“You can’t afford not to do it, and it will pay off,” Pizer said.

I’ll share some highlights from some other speakers over the next couple of weeks.

“Powerful: Building a Culture of Freedom and Responsibility” by Patty McCord is one of nearly a dozen books that in late December made the Washington Post’s list for 2018 reads that could offer interesting leadership lessons. McCord’s book was released in late January.

McCord, who currently coaches and advises companies and entrepreneurs, was chief talent officer for Netflix for nearly 15 years.

A description of the book on Amazon.com says McCord advocates practicing “radical honesty in the workplace, saying good-bye to employees who don’t fit the company’s emerging needs, and motivating with challenging work, not promises, perks, and bonus plans.”

“Her road-tested advice, offered with humor and irreverence, provides readers a different path for creating a culture of high performance and profitability.”