The benefits of having friends at work 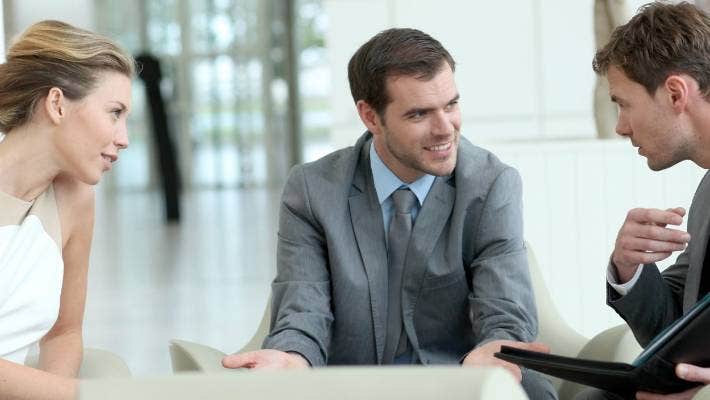 Sympathetic allies can help each other deal with the inevitable workplace ups and downs.

Are you a ‘get the job done and go home’ type who thinks business and pleasure are best not mixed, or comfortable with the notion colleagues can also become good friends?

For many of us, there’s a spectrum of intimacy with workmates – folk who warrant a cursory nod in the corridor at one end and those we’re happy to spend leisure time with outside office hours at the other.

So what are the benefits of letting down your guard and allowing yourself to move beyond the colleague and ‘frolleague’ stage with a workmate or several?

Plenty, says Commonwealth Bank head of innovation Tiziana Bianco, who has had several colleagues morph into friends over her career.

“The benefit for me really [is] I tend to bring my authentic self to work, which usually means you may not, every single day, be having the most amazing day,” Bianco says.

“So sometimes having a friend who understands you or can read discreet signals is really helpful, or even just someone to have conversations with.”

Sympathetic allies can help each other deal with the inevitable workplace ups and downs in a more measured and positive way, Bianco believes.

TALK IT OUT
“I just recently had a friend … call me because she was quite upset about something that she had heard from her manager,” Bianco says.

“If she hadn’t called me, she probably would have reacted in a way that wouldn’t have necessarily put her in the best light but we chatted it out and I was able, because I know her really well, to get behind the issue and [ask] why are you really feeling this way…what’s underlying this anger and this concern?

“Even in that five or seven minute chat, she thought on it, she didn’t do anything immediately and the next day she rang me and she actually turned it into a positive. Those moments of truth, if you like, are just great if you can explore them with someone that you trust.

“It’s always a great way to use your friends as good sounding boards because they understand you and they know where you’re coming from; it’s easy for them to probe and question and really ensure that you’re being authentic with yourself and you’re being true to yourself. They can give you feedback that sometimes a colleague wouldn’t necessarily feel comfortable giving.”

GOT YOUR BACK
Having a genuine friend in the workplace makes individuals more engaged with the job, more productive and more willing to push the envelope, because they know someone has their back, according to organisational psychologist Dr Michelle Pizer.

“It makes us feel safer to take risks,” Pizer says. “It’s better for the organisation as well; I think it’s got benefits everywhere.”

“Having a friend at work, or more broadly people that you trust and people that you feel will support you, is really important for boosting confidence and when you’re confident that can lead to all sorts of positive work outcomes,” agrees innovation psychologist Dr Amantha Imber.

While companies can’t force staff to ‘click’, they can encourage stronger bonds between colleagues by eschewing hot desking and introducing buddy systems and mentoring programs which encourage communication and connection.

“You can’t force it but you can certainly foster it with the right environment,” Pizer says.

It’s easier to make friends if you enjoy your job to begin with, according to Jean Nankin, a national property development manager who counts among her friends, former colleagues from two decades prior.

“I just find you spend so much time at work … and if you’re happy in your work, normally you have something in common with [your workmates] and therefore that seems to spill outside the workplace,” Nankin says.

“I think if you get on with your colleagues outside the workplace generally it means you’re more likely to have a closer bond when you’re working and understand them.”