This article was originally published by news.com.au.

Eight months ago, Ellie* believed she’d landed her dream job when she began working at a successful NSW performance space.

“I thought the culture was going to be great, I thought I’d be getting my life back a little bit,” she says.

Having spent years establishing her career within the industry, Ellie knew her job would offer long-term career opportunities and a chance to build on existing skills. But problems arose when a team member began to underperform while working remotely.

“My boss wants us back in the office a lot more because she doesn’t trust my colleague,” Ellie says. “I know performance managing someone over Zoom is hard, but being forced back into the office because of his behaviour really knocks my confidence.

“I feel like my boss is micromanaging me for something that is not my fault; it’s hard to not take it personally.”

Ellie feels like she’s being micromanaged because of an underperforming colleague. CREDIT: iStock.

When Ellie’s workplace announced staff will be required to return to the office at a minimum of three days a week with team matching on-site days, she began to panic.

“Locking in days isn’t flexible,” she says. “Immediately, I thought, this feels really restrictive and it made me think that this is not what I want,” she said.

“I work better from 7am until 3pm, whereas other team members are real 10am people. But if I’m there for the core hours what does it matter? I’m going to perform much better if you let me work the hours that work for me.”

Now, despite her hopes, Ellie has begun to look for new positions.

“I’m willing to give up job security in exchange for more flexibility and trust, that’s ultimately what it comes down to.”

Melbourne-based organisational psychologist Dr Michelle Pizer says finding a new workplace normal and avoiding the looming Great Resignation will come down to three core issues: how work is managed, how work is assessed and rewarded, and how employers communicate with employees.

“Employers need to accept that times have changed and employees have more of a voice now than they did before, and more options,” Dr Pizer says. “And they’ve proven they can be trusted, so why not trust them?” 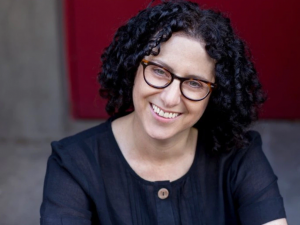 A good starting point for those adapting work arrangements, Dr Pizer says, is to have a conversation about “finding a mutually agreeable solution”.

“It’s still a workplace so work has to be done, but it’s just about how it’s organised to get done in a timely and cost-efficient way, while also showing humanity to your employees.”

Dr Pizer also predicts that while some people may be itching to get staff back to the office, many organisations won’t return to the old model at all. Instead, she says more companies are implementing digital communication tools like the software company Atlassian’s user manual, which informs staff how colleagues like to be contacted and when.

“Those sorts of things don’t take away from face-to-face interactions, but it is a way of fast-tracking relationships and knowing those little things in a remote world,” she says.

Dr Pizer notes that while this period is “asking a lot of all of us”, it’s also a period of possibility. “Covid has given us an opportunity, so employers shouldn’t waste it.”

“Before Covid, the workplace model wasn’t working for a lot of people. The issues were decades old, but there was a lot of miserable people out there,” Dr Pizer says.

For social entrepreneur Nim de Swardt, the isolation of working remotely led to her experiencing “a Covid epiphany” and seeking not so much a career change, but rather a shift in career quality.

“I was a working from home loner,” de Swardt says. “I was working with amazing clients from around the world but I realised I was fundamentally craving human connection and missed that team spirit.”

Nim de Swardt had an epiphany about work during Covid. CREDIT Supplied.

Instead of following traditional job search routes, de Swardt created a spreadsheet with a list of non-negotiable must-haves, companies whose values aligned with her own, and a deadline. From there, she spent 150 hours preparing and researching ahead of 15 rounds of interviews.

“I went really hard; it was my full-time job. I made sacrifices and really dedicated my days to this one sole mission.”

De Swardt also saw the interview phase as a two-way street. “They were interviewing me, but I was also interviewing them. Were these leaders leading by example? Will they be the caring boss? Can they teach me?”

In January, de Swardt began her new position at the Queensland-based company Everyday Massive, in a role that she says has provided her with “a reinvigorated sense of purpose” and “renewed stimulation in my career”.

“I didn’t know how lonely I felt until I came back to an organisation of my people, and with people whose values align with my own,” she says. “I craved that sense of belonging, and here I’ve found it.”

Katy Hall is a freelance writer.