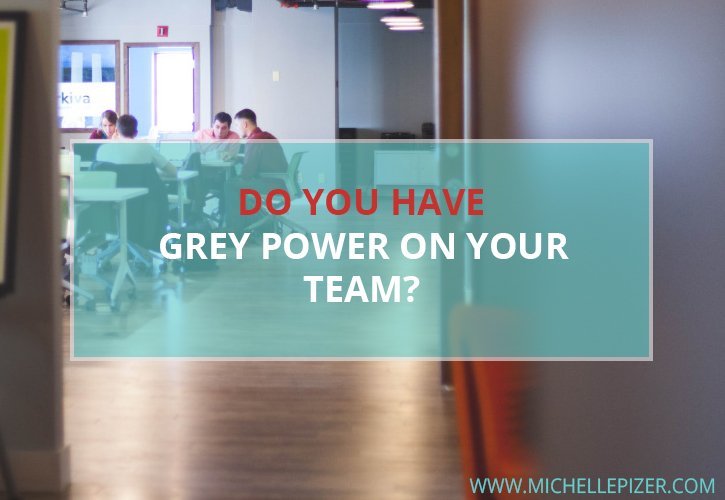 Last week I was lucky enough to get freebies to the Eagles concert. I figured, who doesn’t want to hear Hotel California live? Those lyrics, “you can check out any time you like, but you can never leave” always haunted me.

Even if you don’t like their music, you can’t ignore the Eagles. They had the highest selling album of all time last century. 26 million copies of Their Greatest Hits 1971-1975. The album was bigger than Michael Jackson’s Thriller!

These guys – averaging 67 years of age – are still rockin’ on. They still sound great. They haven’t burnt out and they haven’t faded away.

The concert was called History of the Eagles. They took us on a journey from their beginnings in 1971. What stayed with me was when they talked about writing yet another of their #1 hits way back then. Took them 2 days. They laughed and said it would take them 2½ months now.

That’s what got me thinking… would you want grey power on your team?

They’re going to be slower than your younger team members. They might need more breaks or need to work fewer hours, generally a more flexible work environment.

The Eagles are an example of older workers who still have a lot to contribute. They are on a 2-year world tour. That takes stamina!

The Eagles are unlikely to need the money. But they’re people too. Like the rest of us, I guess they want to remain useful and active, and enjoy the dignity of work for as long as they can.

And if you’re lucky, you could have older workers in your midst who come up with a cash cow like Hotel California. It’s still bringing in the $$$ 40 years later and no product modification is required!

Of course not all older workers (or workers of any age) are as talented and productive and hard working as the Eagles. They might have burnt out, or worse as Neil Young suggests, be fading away.

You might catch them playing computer games or having a not-so-secret snooze after lunch. Simply disengaged. But would anyone really want to just hold out for the bell to ring? Whether it’s home time or the golden handshake?

As their boss, do you turn a blind eye and let them get away with it? Or do you take up the authority of your role and work with them to craft a role where they can meaningfully contribute?

These workers can be so frustrating and bring out your worst. They can turn you into an abrasive leader! I’m currently working with a younger boss who had this happen to her. What a relief for everyone concerned to have that turning around!

I’d love to hear from you. Do you have disengaged older workers and don’t know what to do with them? Hit reply and let me know.