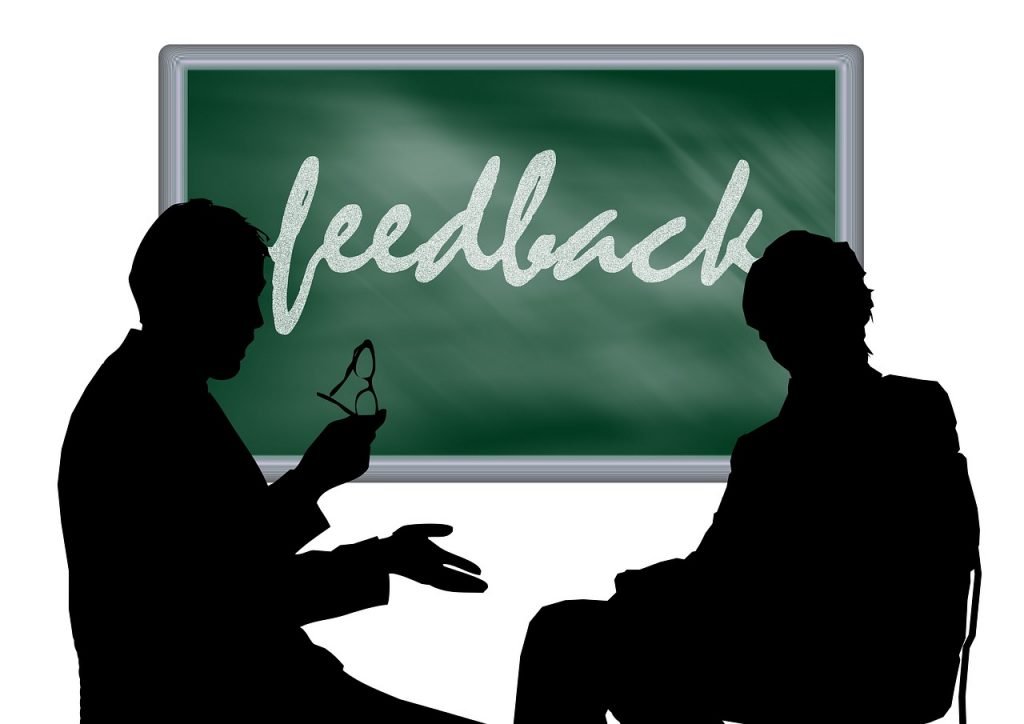 Of course my Mum also taught me the avoid saying anything approach: “if you don’t have a kind word to say, don’t say it”.

All designed to not hurt anyone’s feelings.

But what’s a boss to do? If someone isn’t measuring up, he/she needs to know about it. It’s not a matter of not hurting someone’s feelings. Pragmatism and the bottom line win. This is business and the job needs to be done.

Is there a way you can deliver the not so positive feedback and reduce the emotional consequences and relational risks?

First it helps to understand why the feedback sandwich is not so tasty. It’s not such a neat trick now everyone knows about it. You tend to know when you’re being softened up with a positive before the negative. It feels disingenuous. Or you might be so pleased with the positives, that the negative barely registers.

I stumbled upon this one by accident – I heard it on the grapevine that Betty, my team member, was saying:

“Michelle is a total B of a boss. Don’t work for her if you can help it.”

The lesson? It’s not a good idea to bag your boss, even if you think it’ll never get back to her. As happened with Betty, it just might!

The problem was, I couldn’t think of a clever way to nip it in the bud without making matters worse. So I waited. The third time it happened I worked it out. Every time I gave Betty a stretch assignment she felt out of her depth and didn’t handle it well. And I didn’t realize that I’d thrown her too much into the deep end.

But once I worked it out, I asked her into my office, closed the door (a signal this was serious) and put it to her straight:

And then we talked about how we’d handle this in future. I’d provide more support and she’d come to me rather than gossip. Let’s just say it was the beginning of a beautiful friendship.

One thing I didn’t do that time which is also a good idea, is to ask permission to give the feedback. It gives the receiver a feeling of some control and that should also help them be more receptive to what you have to say.

How does feedback go at your workplace? I hope there are no stale feedback sandwiches being served!