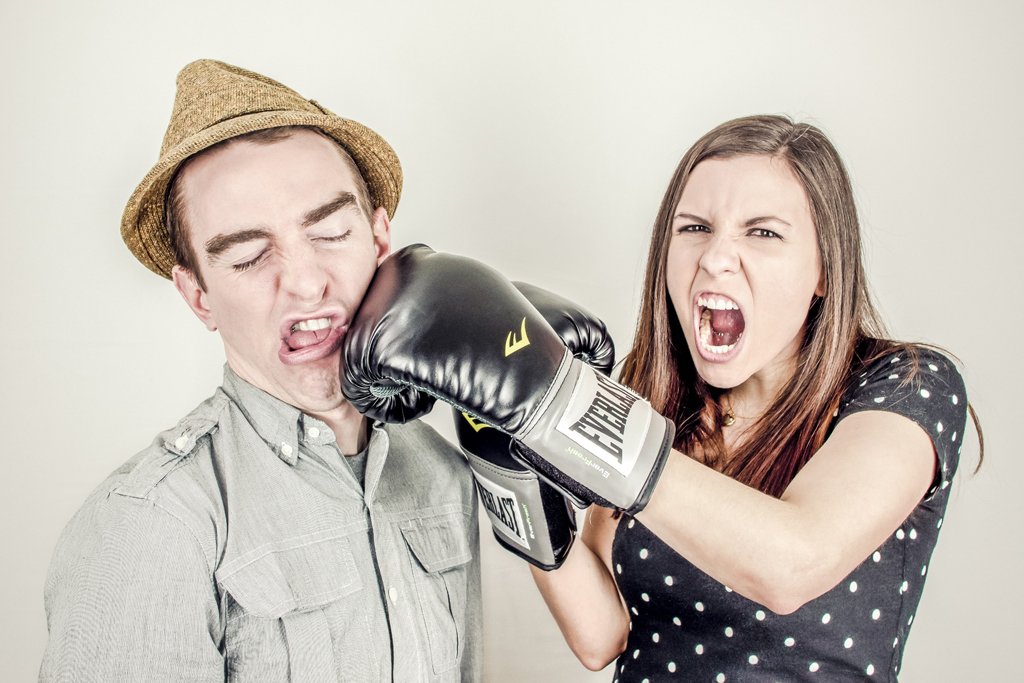 You’re in a great mood. You just won a new client and you walk joyfully into the office with a spring in your step.

Betty is the only one there, holding the fort. You’re grateful, she’s great at her job and she’s in line for a  promotion.

But her promotion prospects are at risk because she’s super moody. And today is one of those days where your good mood, once again, is quickly soured.

She looks up and gives you ‘The Look’. From what you know of Betty, this is the ‘Ask Me What’s Wrong’ look. Which you tell yourself is the ‘I’m about to ruin your good mood’ look.

Of course you’re right. Just suspecting that your good mood is about to be ruined actually ruins it. So you cave. Rather than spreading the joy and sharing your good news, the first thing you say is:

You think to yourself:

What? Again? Is that really it? Why can’t she hold it together for a minute and ask me why I’m happy? And then, if it’s true, why can’t she simply say something like:

‘I’m really not feeling well. I need to go home. Will you be OK if I leave for the rest of the day?’

Is that really so hard? Seems it is. And it gets worse.

You’ve already told Betty she’s in line for a promotion later this year. What she doesn’t know is that her moodiness could be a deal breaker. Her moods are so variable. With this latest instalment of The Look, you’re no longer sure you’ll promote her. It’s like the straw that broke the camel’s back. You’ve had enough. Of course, if she’s unwell that’s a different matter. But she’s moody all the time.

Does Betty know that her moods are impacting her career prospects? Of course not. Telling her won’t be easy. You hate confrontation and delicate interpersonal situations.

But if you were Betty wouldn’t you want to know? Do you really want to ruin a relationship and lose a promising staff member because you don’t know what to say or how to say it?

It’s easy to blame it on Betty. After all, her moodiness takes a toll on everyone and it’s not OK. So you do have a point.

Emotions are contagious so it matters that she’s moody.
If you’d been able to ‘infect’ Betty with your positive mood, that might have helped. Positive emotions help everyone feel good and broadens and builds their minds.

This is Professor Barbara Fredrickson’s theory of positive emotions. Positive emotions help us see new possibilities, bounce back from setbacks, better connect with others and reach our potential.

In contrast, negative emotions bring everyone down. They result in narrowed thinking and behaviours that can be adaptive for survival (like fear evokes the fight or flight response).

We’re biased to the negative, that’s why Betty was able to bring you down so fast.

You’ve got to do something about Betty’s moodiness.
Before you rush into tell her like it is, it helps to be thoughtful. Take a moment (or more) to:

After all, you want this to go well.

1. Put yourself in her shoes
Exercise your empathy. Why might Betty be behaving this way? What’s triggering her?

You know she’s having a rough time at home. She said she’s feeling unwell and she has had a few sick days recently. What else might be going on? What might be stressing her at work?

Does she even know emotions are contagious? Has it occurred to her to consider the impact of her moodiness?

2. Develop a hypothesis
When you figure out possible reasons for her moodiness you can be smarter about how you deal with it.

Here’s a handy little guide* for identifying common behaviours and understanding what she might be thinking, especially under stress:

*with thanks to Karen Reivich via Michelle McQuaid

If this guide is correct, it’s most likely with Betty’s variable moods that she’s in the unpredictable category.

Your hypothesis: Betty might be thinking she’s going to harm you, by leaving you in the lurch. Perhaps she’s feeling guilty about all the sick days she’s had already, knowing not being there to support you makes your day harder.

We can’t be sure. People are tricky. That’s why it’s a hypothesis.

3. Work out a kind way to say what needs to be said
It’s time to test your hypothesis. (You’ll probably have to do this more than once.)

Craft a kind and respectful response to let Betty know her moodiness needs to be kicked to the curb:

This is where business gets personal.

Your Betty isn’t my Betty. Different people will hear things differently. You need to craft your own response, tailored to your Betty.

Here are some tips:

And if your Betty needs additional support or training to help her uplevel –then either provide it or point her in the right direction. That might be me. I help people with difficult behaviours and difficult conversations at work so let me know if I can help.