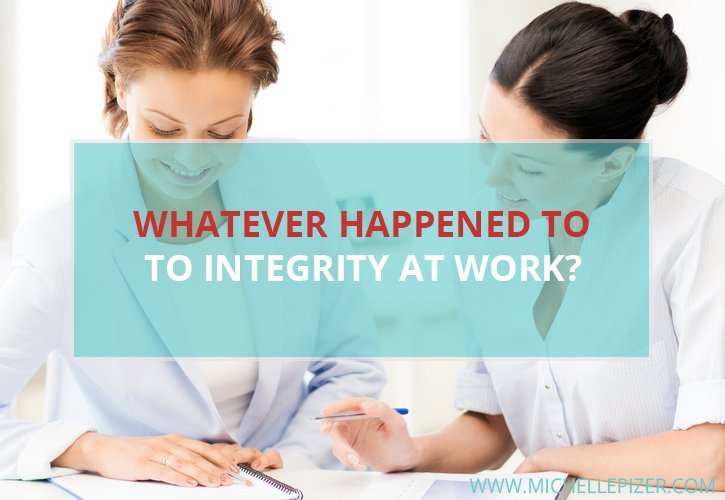 This week Jacqui (not her real name) said to me, sadly and with resignation in her voice:

“There’s such a thing as integrity in leadership”.

Jacqui contacted me after losing out in a political stoush at work. She’s in the C-suite. She’s powerful. But she’s not the CEO.

Now she has no choice but to rethink her career. If she’s to maintain her own integrity, she has to find a new role.

Jacqui is brilliant. I have no doubt she will. I’ll bet that she will do even better for herself. But at senior levels it takes time. As they say, there’s less oxygen at the peak. It’s tough in the short term.

One reason she lost the stoush is because she refused to play the game. It started not long after the CEO joined the organisation a couple of years ago. She watched her peer make a grab for power and then watched her own slow-motion train wreck happen.

If you don’t play the game you will likely suffer like Jacqui is now and find yourself effectively out of a job. If you do play the game you might well suffer what Jacqui chose to protect herself from – the indignity of compromising your own integrity.

Even if Jacqui had played the game, there’s no guarantee that she’d have won.

For now Jacqui is running a tight ship and sticking to her knitting – the tasks that are unquestionably within her domain. As long as they are done well she can hold out while she finds a new job.

Was there another possible outcome? Where Jacqui circumvents the stoush – fends off the power snatcher without undermining their integrity and maintains her own integrity at the same time? Don’t know for sure. It’s certainly worth a try.

Why integrity in leadership matters.

The Centre for Creative Leadership researched which of the main character strengths contributes most to the current performance of top-level executives. It’s integrity! Closely followed closely by bravery.

What I haven’t yet mentioned is how many unhappy people are coming to Jacqui and telling her how much they now hate working in this organisation. The culture has changed since the new CEO joined. They feel miserable. They’re looking for new roles too.

The organisation has a problem!

Here’s a quick integrity test (again courtesy of the Centre for Creative Leadership):

“Ask yourself if the behaviour you are about to engage in would be approved by your mother, grandmother or primary school teacher”.

I’d add another… would you be happy telling your kids about what you did at work today?