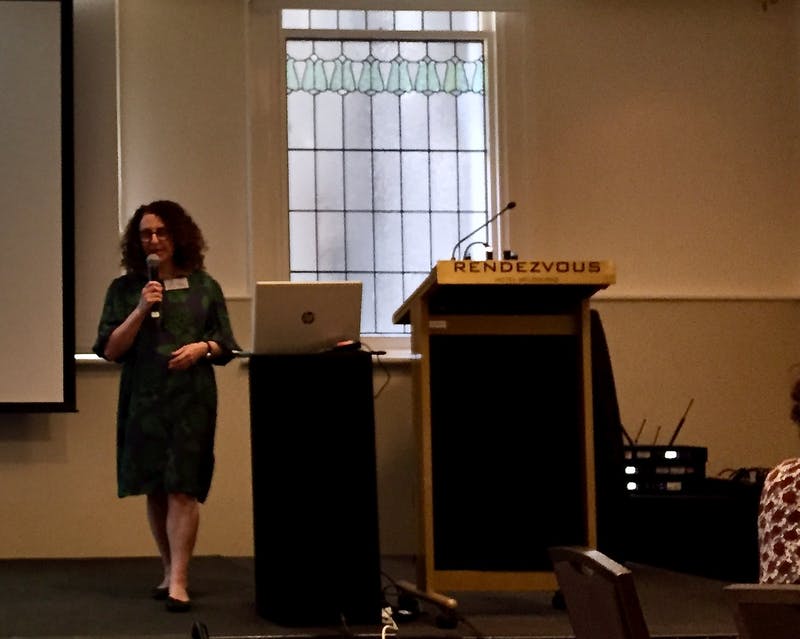 Last week at the Women in Manufacturing Leadership Summit in Melbourne, I spoke about navigating change and uncertainty. You might call it leading in disruptive times. After all, we are in the 4th Industrial Revolution.

Here’s an example that’s just as apt for the workplace as it is for a Nonna and her bambinos.

Imagine you’re out with a group of friends having a picnic in the local park. Mostly adults and a couple of kids who are happily entertaining themselves – let’s say one is colouring in and the other is playing on their iPad. Then, unexpectedly, their Nonna comes along. She wants to see her special little people and made an extra big effort to be there. Instead of the kids rushing up with excitement and giving their Nonna a big hug…

the kids looked up briefly and say: “Hi”

go back to their colouring-in and playing on the iPad.

Is it ever like that for you at work?

You make the effort for your team, your boss or a client… only to discover that your effort isn’t appreciated?

At least it doesn’t appear to be. You wonder why you even bothered. You feel a little hurt too.

Here’s the thing. What if this Nonna had gone over to her bambinos and talked to them. You know, pulled up a chair next to them and just started a conversation?

Ask them about what they’re doing.

Find out what they’re thinking.

Make the effort to meet them – where they’re at.

This is important at the best of times, but especially during times of change and uncertainty. Why? Because that’s when emotions are heightened. The fear is real and it makes the change feel intensely personal. And no-one is immune.

It’s keenly felt by CEOs and their direct reports too. Anyone, at any level, when they’re going through disruptive times may well worry about losing their livelihood, their house, and their reputation.

If you can meet them where they’re at, what you’ll see is:

Now, it might sound easy, but it’s not always easy to ‘meet’ someone in this way. Actually, it’s not easy at all.

But it is easy to get put off when you don’t succeed at first, or even after a few attempts.

At work, we have little choice about who we work with. So this is often an area my clients find really helpful to focus on. It’s a leader’s responsibility. And it’s foundational to being the kind of leader people want to follow. It’s both timely and timeless.

How about our Nonna? Maybe the kids wouldn’t have wanted to be interrupted, but maybe Nonna could have found a way in.

It clearly takes more than just showing up. As Woody Allen said, “80% of success is showing up”. There’s another 20% to consider.

It’s how you show up and what you do once you get there that matters too.

If you’ve ever had someone really meet you where you’re at, then you know how good it feels.

That’s why it’s always worth the effort to find the way in. Especially during times of change and uncertainty when it can be extra hard to be at our best. It can make all the difference.

So do it where you can. Do it when you can.