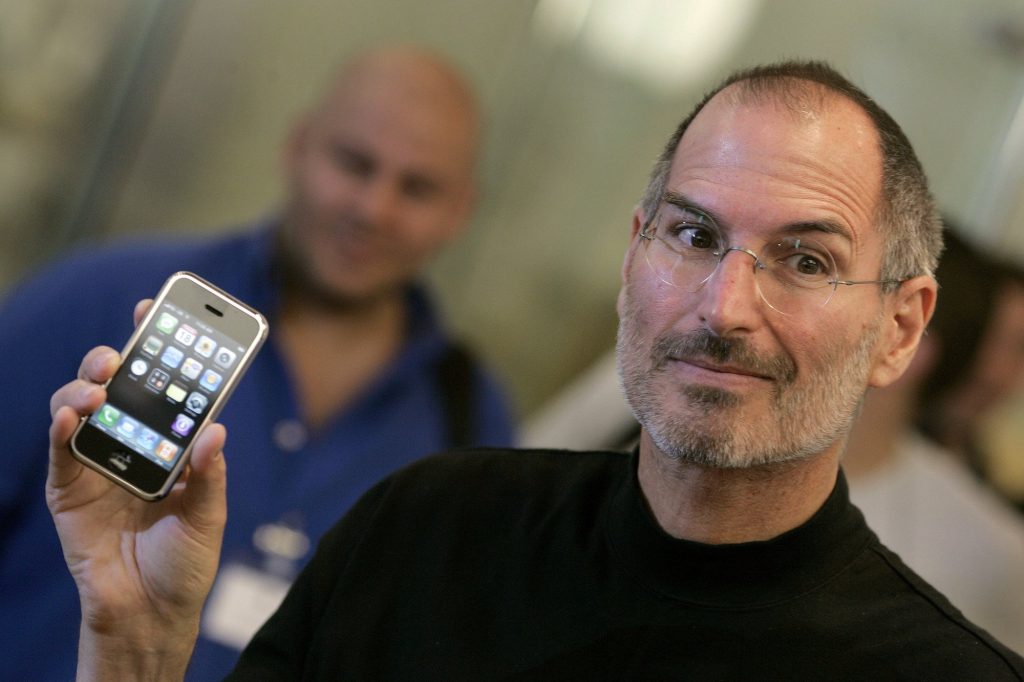 Motivation. It’s great when you feel motivated. And when you don’t? Well, it’s exhausting and stressful to find yourself pushing and pushing to get things done.

If you’ve ever struggled to motivate yourself (or your team) to perform, then why not take a leaf out of the late, great Steve Jobs book? Thankfully, as Steve seemed to intuitively know, there is an easier way to get motivated.

Motivate with a compelling vision

If you are working on something exciting that you really care about, you don’t have be pushed. The vision pulls you.

That’s right. A compelling vision will do a lot of the motivational heavy lifting for you.

At the same time, as is so poignantly clear watching the documentary A Band Called Death, a vision is not enough to keep your people motivated. Not over the long term. For your followers to stay motivated, your vision will wear thin if there aren’t some wins along the way.

I was so inspired and moved this past weekend watching this 2013 documentary about the three Hackney brothers – David, Bobby and Dannis. These three teenage black guys from Detroit played killer rock music in the early 1970s. They were before their time. Nearly everybody was listening to the Philadelphia sound and Earth, Wind and Fire back then.

According to the New York Times: “This Band Was Punk Before Punk Was Punk”. And in 2016 their record was inducted into the new Smithsonian African American History Museum in Washington DC. So why has pretty much nobody heard of them?

Turns out, it’s important for a leader to have a vision, it’s great for motivation, but it’s not enough. Just like Death. They had a great vision, it just wasn’t enough.

Motivate with a great offering

I also learned you need a great offering. Goes without saying, but it’s not enough either. At the very least, it has to be right for the time, you have to be able to say what you do in a way that people understand, and you need to learn how to ‘take a brick in the head’.

If only David Hackney, the band’s leader, had known Steve Jobs. Success might have happened during his lifetime. Here’s what I mean.

Steve said: “We’re here to put a dent in the universe. Otherwise, why else even be here?” But it’s not all he said. Apple had more than a great vision and a great offering.

Still, it’s a challenge to find your compelling vision in the first place. This is where many leaders trip up. But not David. He had a clear vision of what the band was doing – a black band bringing rock music to Detroit in the early 1970s. The name Death was all part of it. And it was to be their dent in the universe.

So, they had a vision. David even had a personal vision – to be the ideal guitar player. That is, to play chords like Peter Frampton and lead like Jimmy Hendrix. He was super motivated and would practice for hours at a time.

They also had a great offering. Death’s music is brilliant. The New York Times quotes Brian Spears, the director of publishing at Groovesville who oversaw the Death sessions: “They were just so impressive, and the sound was just so big for three guys”.

Even with all their motivation, their vision, their great offering… it wasn’t enough to get them a record deal.

It has to be right for the time

The Zeitgeist (defining mood or spirit of a particular period in time) was not black guys doing aggressive, white guy rock ‘n’ roll.

Steve says: “There’s an old Wayne Gretzky quote that I love. ‘I skate to where the puck is going to be, not where it has been’. And we’ve always tried to do that at Apple. Since the very, very beginning. And we always will.”

Brian Spears also says: “I knew those kids were great, but trying to break a black group into rock ’n’ roll was just tough during that time.”

Motivation would only get them so far. The puck never went that way. It took about another 30 years for their music to be ‘discovered’. Decades after punk had had its day.

Say it in a way people can hear you

The name Death turned people off. No surprise. But David wouldn’t change it. He was writing a rock opera about death and his intention was to portray it in a positive light. That’s not evident from the name and it cost them a record contract.

In contrast, the vision of Apple is positive and clear. Not only does ‘an apple a day keep the doctor away’, its current vision statement starts with: “We believe that we are on the face of the earth to make great products and that’s not changing.”

In other words, communicate in a way that people can understand and feel good about.

Learn How To Take a Brick in the Head

This is where Steve and David are on the same page. As Steve said:

“Sometimes life hits you in the head with a brick. Don’t lose faith. I’m convinced that the only thing that kept me going was that I loved what I did.”

David died young in the year 2000. He was 48 years old. Before he died he gave his brother the master tapes, predicting that Death would find fame one day. He was right. He never lost faith. He had a vision, and he loved what he did. It just wasn’t enough.

John Doe (not his real name) was a CEO with a vision. He came to me saying his staff lacked motivation, some of his key people were afraid of him and one key player had to go. To realize his vision, he needed his staff to trust him and feel safe, with the right people on the team, pulling in the same direction.

We quickly worked out how John was putting people off and he quickly learned to adapt his behavior to be a better boss. We also devised the kindest way to let that key player go. John and the business took off.

Both my client John and David from Death had a vision, a great offering and had taken their fair share of bricks in the head. But with John, the timing was right, and John adapted his behaviour and changed how he communicated so he could be heard.